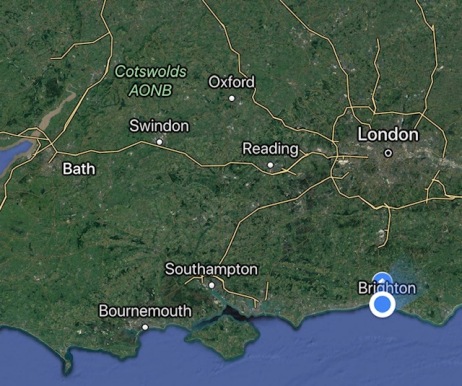 Bath lies just over 110 miles to the west of London

Whether you think of the City of Bath as an ancient Roman one, a flamboyant Georgian one, or one that is finding its place in the C21st, the city has an appeal that spans the generations. There has been a settlement in what was an ancient volcanic crater in Somerset since Celtic times. The Romans built the city of Aquae Sulis in the 1st Century AD, attracted by the springs which produce a daily flow of a quarter of a million gallons of water, at 46°C. It was the health benefits of these waters that drew wealthy Georgians to the city and the need for accommodation created the expansion of some of the most glorious architecture in Britain. John Wood’s Queen Square and The Circus are by any standard fabulous, but they were trumped by his son’s designs for the Assembly Rooms and The Royal Crescent, the latter a semi-ellipse of 30 houses, built using a local oolithic limestone, characterised by its honey colour.

I was lucky enough to have been born in Bath and consider it my spiritual home, home to so many memories, good and well as bad, for such is life. This postcard is about the city and a second will recount some of those memories.

Parts of Bath are unrecognisable from 50 years ago, such is the extent of the cleaning of the stonework, its public buildings relieved of the grime from coal fires and their facades provide a warm welcoming ambience.

Whilst the Royal Crescent and the Circus sit in an elevated position, walk down the hill, turn left into George Street and right into Milsom Street ……. 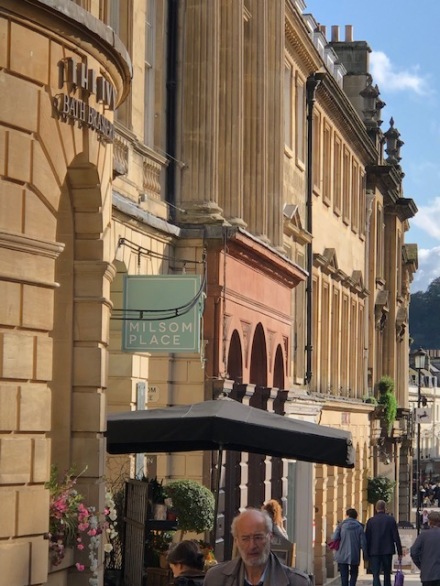 ……. and you’re in the beginning of the modern shopping area. Eventually you come to Bath Abbey, The Pump Rooms and the Roman Baths. Today you can actually enjoy the thermal springs in the Thermae Bath Spa and be pampered in the adjoining Gainsborough Bath Spa. The River Avon flows under nearby Great Pulteney Street, a weir slightly downstream regulating water levels. 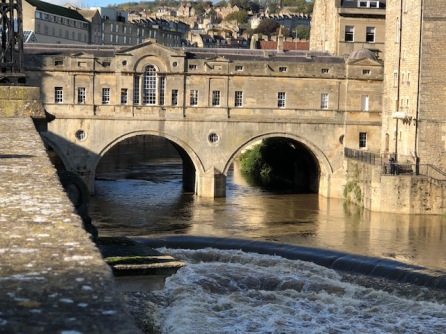 Pulteney Bridge over the River Avon

But it’s the Abbey that dominates here. The current building dates from 1499 although there had been places of worship on the same site from the C9th.

I was last in the Abbey in 1958, over 60 years ago, when, as a boarding school pupil, we attended the Sunday morning service. We walked in crocodile formation a mile down the hill from the south west, dressed in grey suits, white shirts, and wearing, unimaginably, black ties in memory of Queen Victoria, who had died over 50 years before! 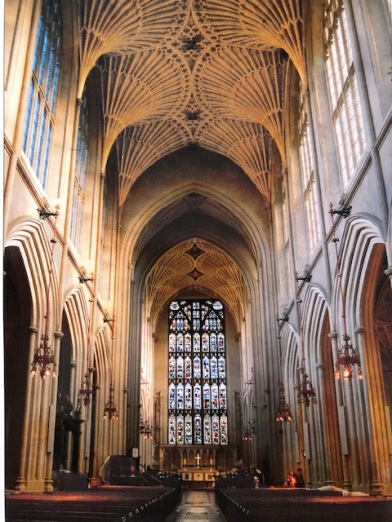 The inside of Bath Abbey circa 1980

We had sat in the dark wooden pews and choir stalls and recited, by rote, the unchanging words of the service. On my recent trip to Bath I wanted to sit in those stalls, to relive that time, but was confronted with noise, light and space. The Abbey’s management are in the process of repairing its collapsing floor, lifting the countless slabs and the skeletal remains beneath, installing a heat-exchanging system using the natural hot spring waters, and reinstating everything. So the noise came from those working on a third of the floor, the light reflecting off much cleaner stonework and a sense of space created by the light wooden chairs that have replaced the pews. Quite a transformation!  Uplifting one might say?

Like all places of worship, the Abbey contains many hundreds of memorials to the good and the great; most originate from the 1700s and 1800s. In the South Transept lies the tomb of the wife of Sir William Waller. Waller fought for parliament in the English Civil War (1642-1651) and led the Parliamentarians in the nearby Battle of Lansdown. Although he retreated off the hill at the end of the battle, leaving the Royalists under Sir Ralph Hopton victorious, the latter suffered heavier losses and Waller was ‘ready to fight another day’. (Note 1)

Near the Abbey are the Roman Baths and Pump Room. I was last here in 2008 for the wedding reception of a godson. A wonderful occasion and quite a location! Just to the East of The Circus are The Assembly Rooms; completed in 1771, they were at the heart of fashionable Georgian society.

The noted novelist Jane Austen (1775-1817) would have met friends, attended balls and evening parties in The Assembly Rooms, for she lived in the city from 1801 until 1806, and during a visit to the grand rooms it’s easy, if you half shut your eyes, to imagine the noise, glamour and smell of that extravagant period. She set two of her novels, Northanger Abbey and Persuasion, in Bath and today you can join numerous tours focused on her fame; start at the Jane Austen Centre, just a few doors down from where she lived in Gay Street. (Note 2)

Like many cities in Britain, Bath suffered from air raids during World War Two. A particularly heavy one in 1942 laid waste large sections of the city. 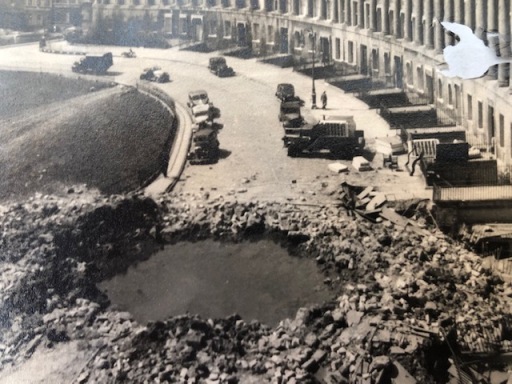 The bomb that made this crater missed The Royal Crescent by 50ft, but hit St Andrew’s Church immediately behind it!

We are fortunate today for the publication of ‘The Sack of Bath’ by Adam Fergusson in 1973. This book highlighted how the 1960s city council had set about rebuilding the bomb-damaged city in a seemingly unplanned and haphazard way; large sections of Georgian houses were demolished and replaced by modern ‘chic’! This is an example on Julian Road. (yuk!) 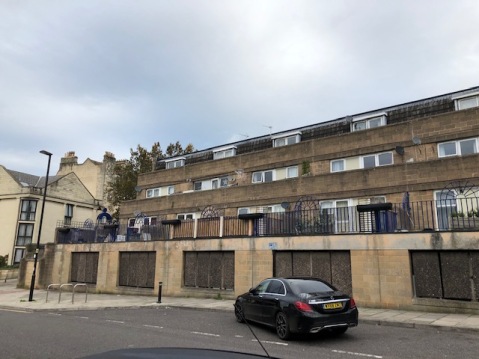 A powerful preservation organisation, the Bath Preservation Trust, came into being, and the results are evident today in some wonderfully restored buildings. And if you want to envelope yourself in how you could have lived in the 1700s, visit the renovated No 1 Royal Crescent, now a living museum.

Note 1 The woman with whom my aunt Cynthia shared most of her life, Peggy Bryant, loved Jane Austen novels. But, maybe surprisingly, she admitted to me that she read Northhanger Abbey at least once, every year!!

Note 2 My first military posting was to a regiment in Devizes, Wiltshire. We were stationed in Waller Barracks. A mile down the road another military unit occupied Hopton Barracks!! The modern army shows no bias between Queen and country.